Find Your Monitoring Console for Redis™*

Each ScaleGrid cluster has it's own Monitoring Console to analyze the performance, usage, and availability of your cloud deployments for Redis™. You can find it by going into any of your Redis™ deployments, and then click on the Monitoring icon in your Overview tab.

Here are the metrics you'll be able to analyze through your Monitoring Console for Redis™:

CPU metrics are system-level metrics, and allow you to monitor your server processor. 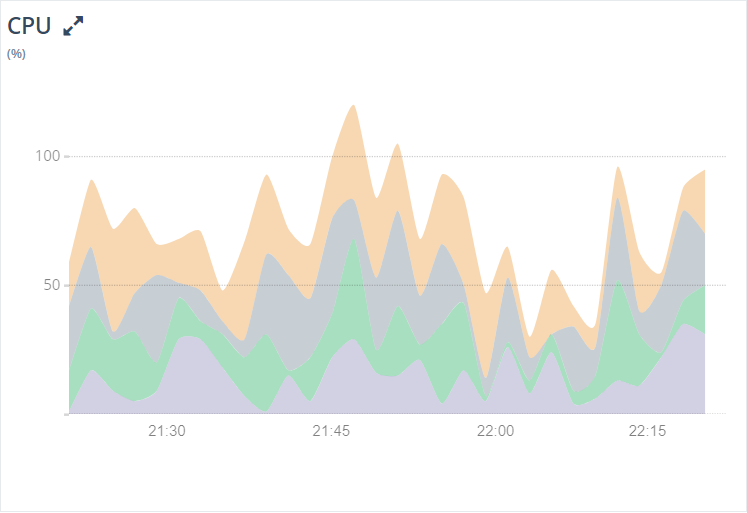 You can monitor your CPU usage on the ScaleGrid Monitoring Console to see whether you've experienced any spikes, analyze idle percentages, and find indications for potential slow queries affecting your CPU load time.

The System Memory is the overview of your RAM usage. 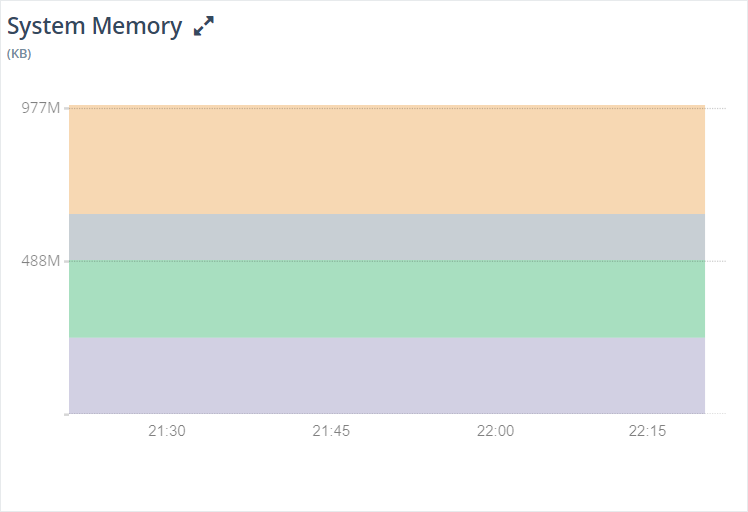 The System Memory charts the overall memory usage of your system to ensure your memory usage is in a healthy range of your capacity and avoid out-of-memory errors. The metrics being reported are:

Even though Redis™ is a memory-based store, it utilizes the disk often for writing AOF and RDB files in order to ensure data persistence. Though not as critical as for disk-based databases, it's important to monitor disk usage for Redis™ too. 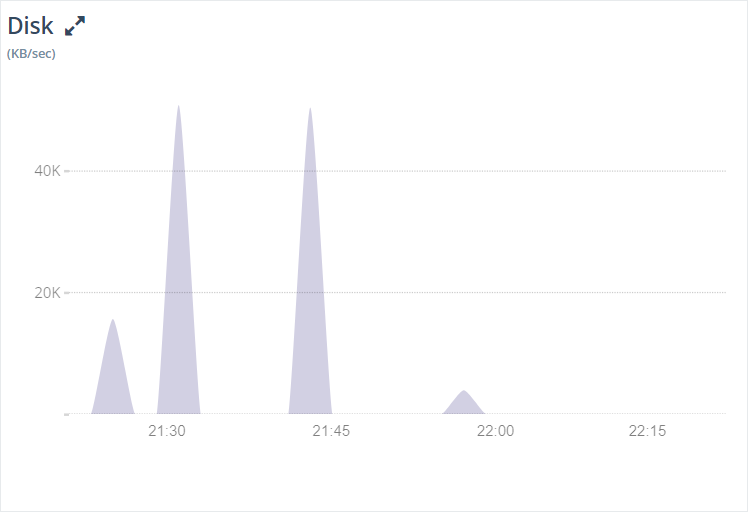 Memory is the most critical resource for Redis™ performance. Used memory defines the total number of bytes allocated by Redis™ using its allocator (jemalloc).

The reported usage is the total of memory allocations for data and administrative overheads that a key and its value require. You can find more info here.

The number of connections is a limited resource which is either enforced by the operating system or by the Redis™ configuration. Monitoring the active connections helps you to ensure that you have sufficient connections to serve all your requests at peak time.

Redis™ supports various eviction policies that are used by the server when memory usage hits the max limit.

When Redis™ reaches the configured maximum memory limit, it begins evicting keys based on the eviction policy set in the configuration. This chart lets you understand the eviction pattern of your Redis™ deployment. If your keys are getting evicted too soon, it indicates that you need to scale the memory up: 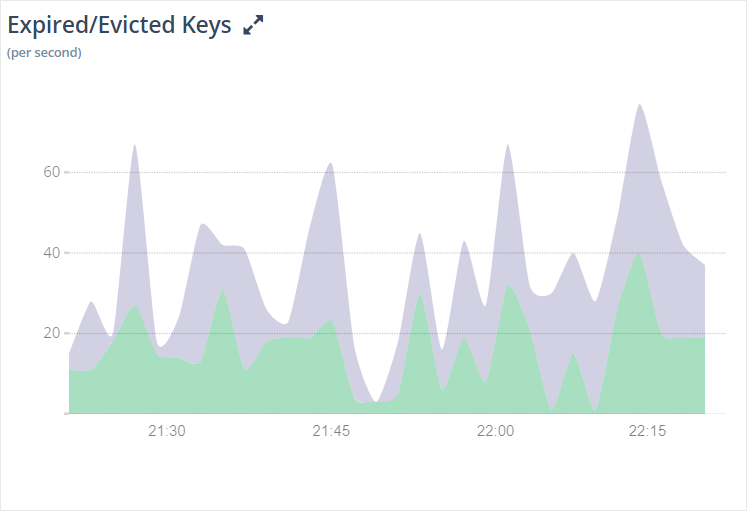 Gives you the total number of keys on your Redis™ server: 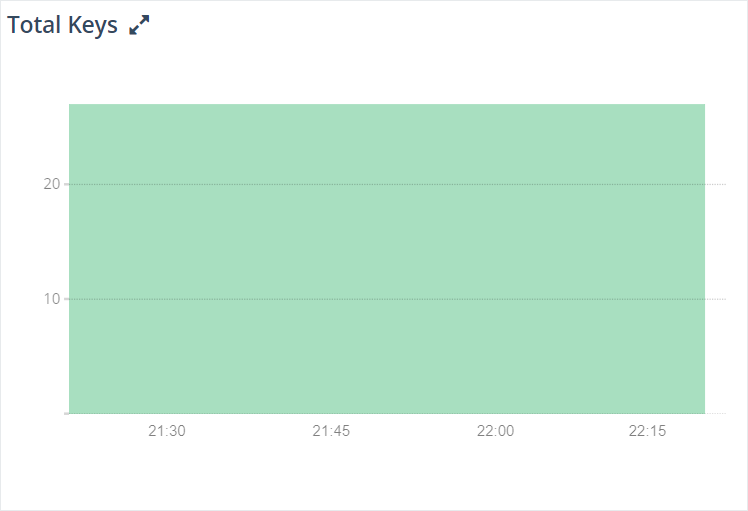 When using Redis™ as a cache, if the cache hit ratio is lower than ~0.8, then a significant amount of the requested keys are evicted, expired, or do not exist at all. It's crucial to watch this metric while using Redis™ as a cache. Lower cache hit ratios result in larger latency as most of the missed requests will have to be served from the backing disk-based database. It indicates that you need to increase the size of Redis™ cache to improve your application’s performance. 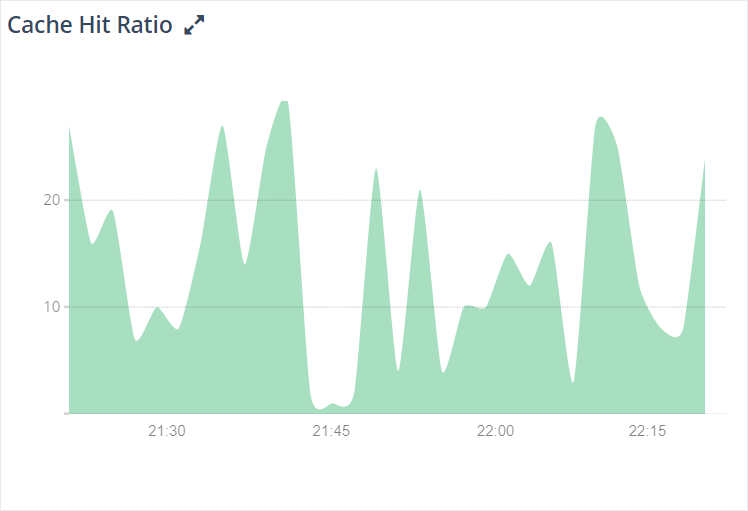 Gives you a graph of your changes since the last write to the RDB file.

Updated about 3 years ago