ScaleGrid MongoDB clusters are accessible via the command line interface (CLI). The mongo shell is the JS CLI to MongoDB.

We provide a web interface for the mongo shell via the Admin tab on the ScaleGrid console. The ScaleGrid MongoDB web shell is a limited version of the mongo console.

Get the Mongo Shell

Download and install the mongo shell for the platform you want to connect to the MongoDB server from. The binaries are available here.

mongodump, mongorestore and other binaries are important MongoDB utilities. They are accessed from the operation system CLI and need to be installed like the Mongo shell. These utilities are not available on the ScaleGrid MongoDB web shell.

You will need the following to be able to connect using the CLI: 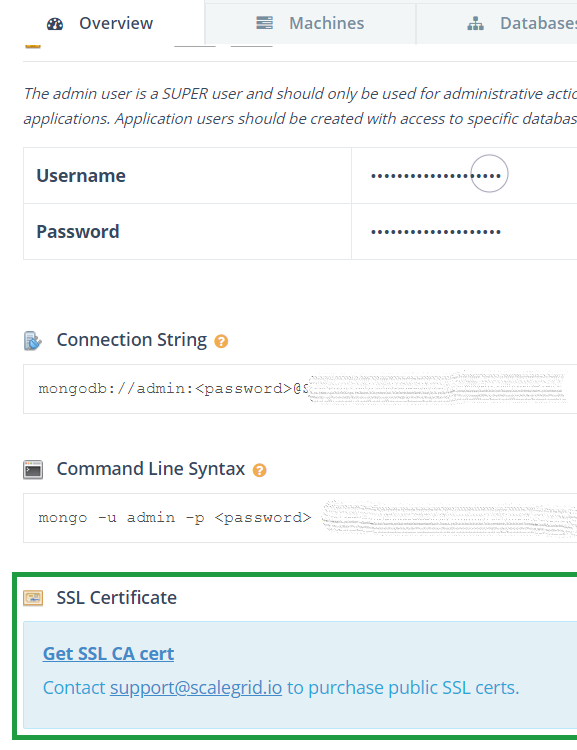 The command line syntax for connecting to the admin database using the admin user credentials is provided on the ScaleGrid console under the Overview tab:

In general, the command line syntax is built in the following format:

Here's an example of a Connection String for a replica set without SSL enabled. In this example, we use the credentials of user 'testuser' to connect to the database 'test'.

Here's an example of a Connection String for the primary of a replica set with SSL: